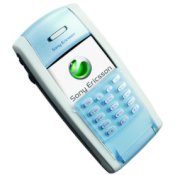 I am something of a phone geek. Oh okay then, I am rather obsessed by them, smartphones in particular. I’ve had 5 different smartphone handsets since ditching my standalone PDA for 2003’s splendid SonyEricsson p800, and whichever I’ve had, it’s always been my most treasured possession.

Now though, my choice of handset is giving me a bit more of a headache.

It goes back to when I was a kid, reading Dan Dare in the Eagle comic, and watching TV Sci-fi. I was always deeply disappointed that I’d been born far too early. In the future, people would be able to do absolutely everything – walking in space, hurtling round the world, vanquishing Mekons without even breaking sweat. All we needed to turn ourselves into comic book super-beings seemed to be the right technology, but the Sinclair watches and pocket calculators we had were some way from being tricorders or sonic screwdrivers.

Then came mass-market mobile phones, and less than ten years later smartphones. They might not be the most advanced device the human race has ever invented, but I think they’re the most “futuristic”. A human with a mobile is suddenly able to reach out make their presence felt nearly anywhere on the planet. We can talk to many more people, much more quickly, and as a result we can affect many, many more outcomes. No longer do we need to think “I wish I knew what was happening”, and what we want to do is limited more by what we can think of than where we are, or how much time we have.

So, for me the mobile became a symbol of empowerment, and no longer having to wait for the glorious technofuture to arrive.

I’m not generally an upgradaholic, honest – I was rather sad to lose my 35 year old telly merely because it couldn’t pick up the cBeebies that had suddenly become such a necessity in my home, and the clunky computer I built (badly) 6 years back is still just about working, which suits me well enough. I do get twitchy every time I see a breakthrough in handsets though – worrying I’m missing out on all the neat-o empowering things I could be doing that annoyingly won’t run on the Windows Mobile 6 HTC Touch HD that I’ve had for the last two and a half years.

Problem is, I can’t really upgrade it with confidence.  The very comms tools that we covet, in order to conquer the distances between us, are also bringing us face to face with the ethical implications of our demand for it.

The increasing complexity of the devices has meant a growth in outsourcing manufacturing of components. Major chunks of the phone are being produced now by companies at arms length of the company whose name’s on the front of the device, and at arms length of their own codes of conduct on workers’ rights. This is even more the case with brands like Apple, who are outsourcing pretty much the entire process.

Take Taiwan’s Young Fast Optoelectonics for example. They’ve made LCD touchscreens now for many of the major handset brands – including HTC, Samsung and LG. They also have outstanding allegations of forced overtime, unsafe working, child labour and union busting. Or Foxconn, where a wave of suicides amongst workers producing components for the iPhone in giant factory dormitories has highlighted widespread abuses of workers’ rights.

Now when I turn on my phone’s Facebook or Twitter apps, I see messages coming through from the people working to produce devices like mine. They’re using their own smartphones to campaign and to reach out with evidence of their situation. Videos, photos, status messages, all collated and distributed by those products of their alienation that they have turned into tools of empowerment.

The materials used in the manufacture of the phones are also causing widespread suffering. The mineral coltan (columbite-tantalite) is pretty much essential to smartphones, due to its properties in holding an electrical charge. However most of the coltan around comes from the Democratic Republic of Congo, where as with blood diamonds, a blood mineral trade fiercely fought over by gangster warlords is extending conflict and causing misery for workers and civilians.

Other materials are directly hazardous to people working to bring us our smartphones. iPhone outsourced supplier WinTek use harsh chemicals in cleaning screens, skimping on protection for the workers involved. Hospitals have reported long term debilitation in many workers they’ve treated.

And this is all some while before I’ve got into concerns around environmental impact, or possibly only worrying to a geek like me, the rise of closed devices and the closing off of our freedoms to choose how we use the kit we buy.

So I’m going to have a go at seeing what I can dig up on some of the latest smartphone handsets, and matching it up on my own scorecard. I hope I’ll be able to make an ethical upgrade decision for the new handset I’ve been putting off choosing for a while now.

If you’ve any information or pointers on where to start with this, please drop me a note – I’d love to hear where others are at in making these choices.