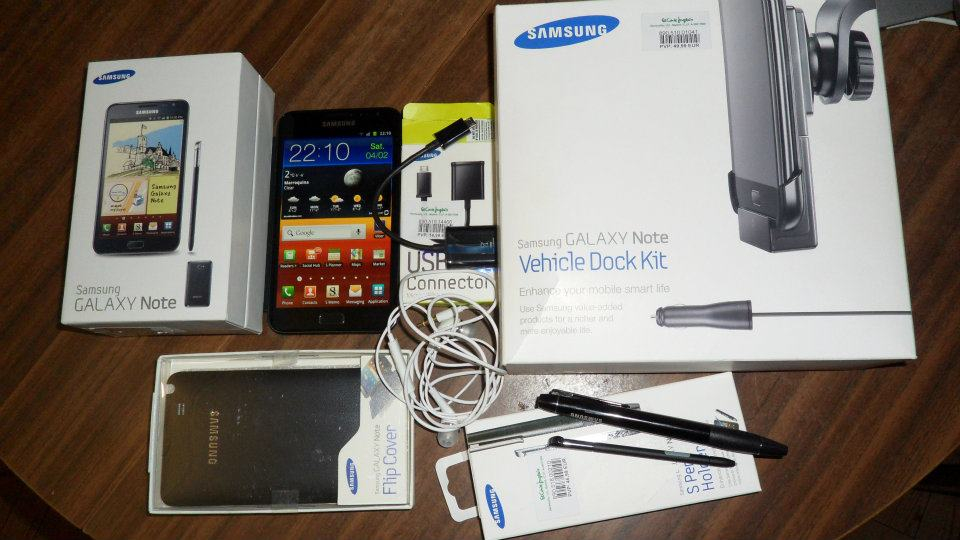 After doing a bunch of reading up on HTC, Samsung and Apple smartphones, and some of the dodgy suppliers who make their phone components for them, I settled on upgrading my mobile to a Samsung Galaxy Note. I’ve had it a week now and really love it. It’s an amazing device, able to do most of what I’d ever want from a phone and a laptop all in one tool, which (just about) fits into my jeans pocket.

My choice had come down to the Galaxy Note or the almost as mammoth-sized HTC Sensation XL. In the end, I’d plumped for Samsung mainly as I’d not found any evidence that HTC had done anything to improve the situation with sweatshop touchscreen supplier YFO, whereas Samsung customer services had responded that they’d brought screen manufacture in house (not actually responding to ethical concerns of course, but side-stepping the problem could debatably be seen as slightly better than just doing nothing).

However, today Hazards Editor Rory O’Neill has helpfully pointed me towards reports that despite the improvements, Samsung might still not be doing enough over their bad record on exposing workers to hazardous chemicals, and that they’ve also got a draconian no union policy that has seen attempts to start up real independent unions bullied into failure.

As this article from July (that I somehow managed to completely miss!) shows, a new Korean law permits multiple union recognitions in a workplace. Up until now, the company has been able to point to deals with bogus management-controlled unions as evidence to show they didn’t need another one, but now an independant union has a real chance – if you can call standing up to a company that’s been far from afraid to bully out activists in the past a real chance that is…

So having bought a phone that’s now taken a rather severe ethical tumble, the challenge is on for me to find a way to use my swanky new Note to help push Samsung into doing better by the latest attempt at an independent union amongst employees at Samsung Everland.

Any suggestions short of tieing a note to it and lobbing its brick-sized form through Samsung HQ’s window (I do still love it…) would be gratefully received! At least it’s proving useful in finding more out – Today I’ve used it to sign this petition to Samsung, voted Samsung in this corporate misbehaviour award, and stuck some of Rory’s linked articles into Evernote, to read on its lovely 5.3″ Super AMOLED on my commute home.

And if you’re looking for a monstrous large Android smartphone from a slightly less unethical manufacturer, I guess (sigh…) the HTC Sensation XL vs Samsung Galaxy Note battle is back on – with the Taiwanese white monolith now looking much more the favourite – D’oh!

5 thoughts on “D’oh! Samsung Galaxy Note not nearly as ethical as I’d thought”